I got permission from Jack Stryker, one of the site’s participant and a King’s Quest IV fan – to post two ART 3D pictures he had created about two favorite kq4 characters:
Rosella & Genesta

So, first of all – Thanks Jack. 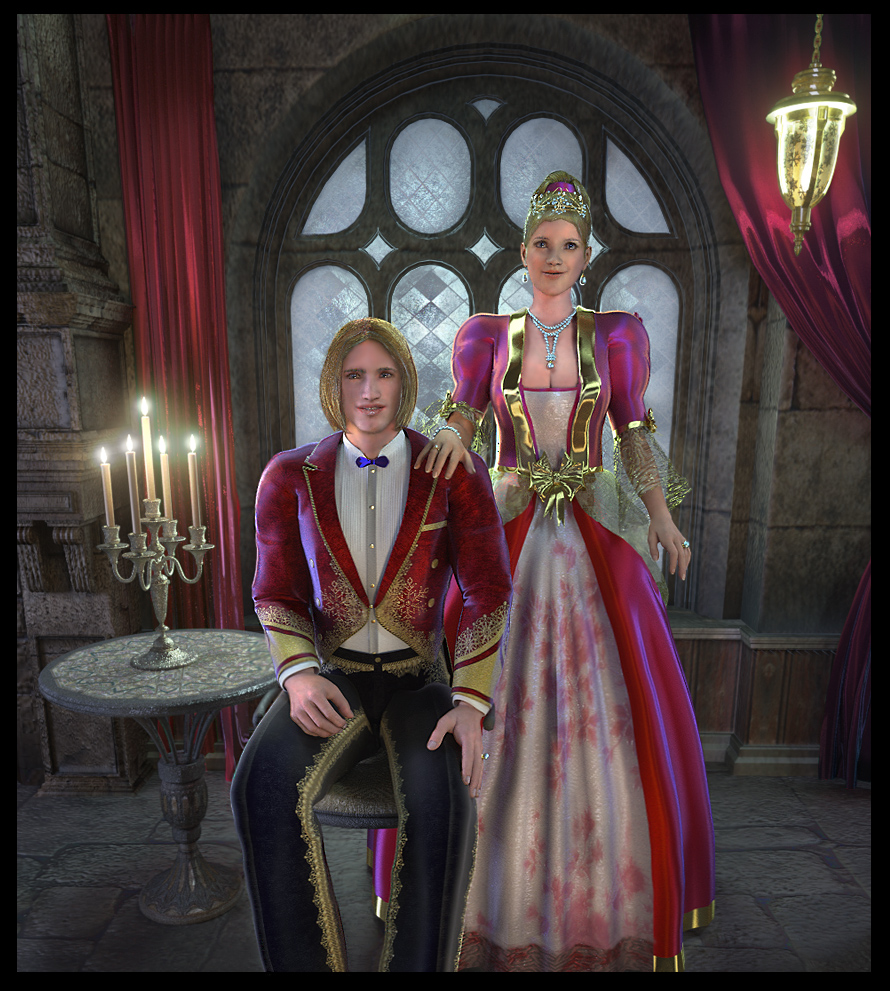 I have added a fourth Christmas picture to my two last Christmas posts.

Then I decided that the picture is really beautiful and it is worth having its own post.

So Enjoy the new picture of Edgar & Rosella, this time they are in a more formal stance…

Our new forums are up!

Please check them out: our new forums

Our forums are now based on professional and robust code.

Please go there, post a thread or two and participate in our quest to give birth to the Perils of Rosella in 3D.

This time I zipped the files into one Zip container which you can download, view the wallpapers using your favorite image viewer (microsoft’s built in one?) and then Set them as your desktop’s wallpaper.

So here is the link to the zip file containing the three wallpapers:
Three beautiful wallpapers of the royal family

Have a very happy Christmas, I am attaching the three photos our Paparazzi photographer has managed to take of the royal family of Daventry.

I am happy to announce that our site moved to a new server.

This server is much faster and robust.

Moving to a new server enables us to add new frameworks to our site like a new forum framework and more is to come.

If you find any glitch in the site (something we didn’t move correctly) then please contact us.

And as an added bonus I am presenting a beautiful photo our very talented graphic designer has managed to take of Edgar & Rosella stealing a kiss on a public Gazebo on Christmas – due to time differences between our world & Daventry we can see a photo taken on Christmas [For the tech geeks, the time difference is GMT-9 days].

P.S. I have added some magical snow to the site…   enjoy.

We are in the process of remaking King’s Quest IV!

That doesn’t mean that we don’t have any other favorite games or hobbies.

One of those (and I am sure that at least our graphic designer will agree) is the Quest for Glory series. 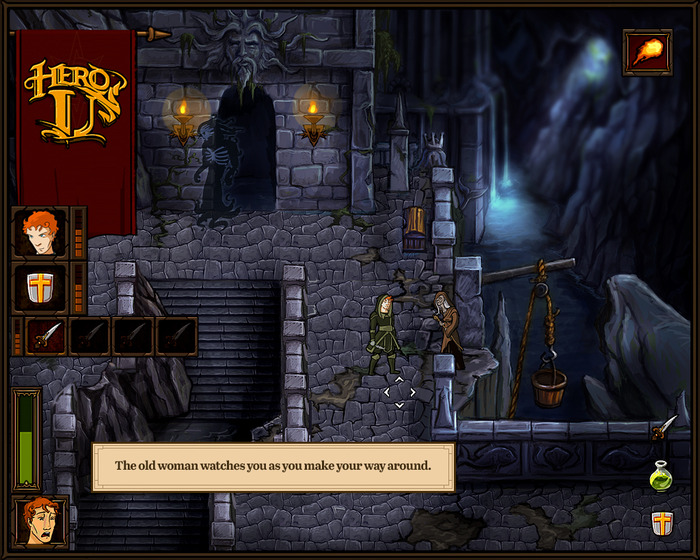 The quest for glory series was so much fun and very unique as it mashed (very successfully) an RPG with a Quest.

The result was a highly addictive game (which then turned to five addictive games), these games had several unique features, I will write several of those:

I can say many good things about these series, but this is not the time nor the place.

I want today to recommend a new game which I didn’t play yet, this is a game which is still under development, so how can I recommend it?

I know the creators of the game: Corey and Lory Cole – This couple (married couple) have created the Quest for Glory series for Sierra back in the days, now they are back and want to create a new game: Hero-U Rogue to Redemption!

They don’t have any development money so they want to kickstart this new game using crowd funding – you can see it as a pre-sale which will enable the development of this game or you can see it as a donation for a great game to be created or just as an encouragement for these great developers which gave all of us tens of hours of entertainment.

To get the game when it’s out you can fund 20$, unless you want some of the other goodies.

Goodluck to the Coles from Daventry,

I am thrilled to welcome our Music Composer: Joshua.

Joshua is a very talented composer and has joined us in our quest to remake the Perils of Rosella.

I have asked Joshua to several paragraphs about himself so you will get to know him, as his music will accompany us during the game.

So without further a due, here is what he wrote:

Huge Surprise to all of the fans of the game…

Our programmers are working very hard day and night on the game and a lot of progress has been done, unfortunately, the progress mostly remains behind the scenes and our fans don’t feel it.

So stay tuned to the site, sign yourself up or (and) register yourself with our RSS feed, and don’t miss the coming playable demo.

We will release the demo as soon as it’s ready and it won’t take much longer (just finalizing some details).

P.S. Although I call it a demo, it will present the player with all functionality of the full game (just less screens of course).

P.P.S Although I call it a demo, the full game will also be shared for free to all fans.

The King’s Quest series were great games which we all remember fondly, but they have aged and many aspects of them are outdated.

The first to boldly go where none have gone before were AGD Interactive, remaking King’s quest 1 & Kings Quest 2 and the newly remade King’s quest 3.

During those years Infamous adventures have gone on the quest to remake King’s Quest 3, and in 2006 have successfully fulfilled their mission, while promising at the beginning of this year to release a new gold edition with improved graphics.

They are currently in production of a game they call “Kingdom of Sorrow” which will take place somewhere in Daventry.

Which leaves us with a remake to King’s Quest IV – The Perils of Rosella.

What is the status of KQ4 remake – on that and other things on our next posts.